Always good to see an artist talk about life in practice, but especially engaging as we are familiar with the role Rebecca has as our course leader, the amount of time she gives to that. Maintaining a vibrant artistic output too. Reminds me of my first art tutor who told us how he used to have only the bathroom in which to work. Every Sunday he’d set his alarm for 7, go in there, set up a board over the bath and paint for 4 hours before going back to bed to wake his wife. This weekly practice sustained him until they could manage more space.

Seeing how Rebecca Fortnum’s work  has evolved, beginning with the BA in Eng Lit from Oxford- brings to mind Audrey Niffenegger’s artistic practice when expressed as a novel.

When we started this MA it was 100% from the word go. We are feasting on input and critique, visits and discussions, talking about our own work and all our work, and all the work we see in the world. This repeated contextualisation and enquiry into these foundations and inspirations of our work got us talking.
Along with Mel Cole and James Edgar, we decided to curate a show to draw together artists whose work both responds directly to the work of others and their ideas, and also influences and inspires our work. Admittedly this doesn’t narrow it down much, so we looked quite close to home, around south London, and to artists whose work is very current. We discussed artists we are excited about, and drew up a ‘fantasy’ list of people to invite.
This was really nerve-wracking for me and I think for all of us. Just starting out on my MA I was still finding my feet, and slowly gaining confidence as an artist and as an individual. Approaching established practitioners who are all busy and productive individuals, would they take us seriously? Turns out that the more seriously you take yourself, the more seriously people take you. And we were serious about this show. 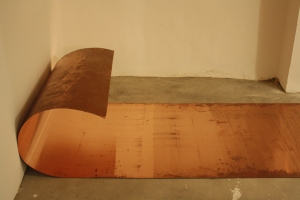 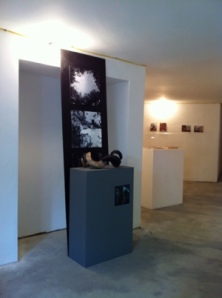 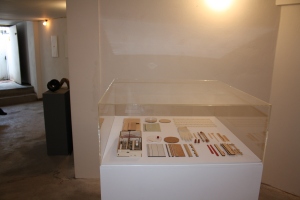 Lots of tips on the practicalities of our digital footprint. Good to get some structure to my writing, its a constant process of trying to untangle how I write and think:

Knowledge: Its a tomatoe

Wisdom: You know it’s not for a fruit salad

Critical awareness: Why there is a difference

MRes tutor and artist Paul Ryan gave us a crash course in semiotic analysis of works- the theory of how things are conveyed, the study of signs.

Well Susan Hiller in conversation with David Cross. Does it get any better? Hiller has now for me, taken over the mitre from the late Louise Borgeouis as the sovereign of contemporary conceptual art. Hiller’s range of interests stretches broader than those of Borgeouis too, appealing to the sociologist in me a lot.
David Cross fielded the questions, and was as engaged and energetic as ever, and it was great seeing the sparks of energy fly at the points where their interests met ( social justice, global environmental concern and in particular the limitations and possibilities of words and history. Or is it just me and my own interests that is finding these links..) I am so happy that Cross is a tutor here at Camberwell, as I have long been excited by Cornford and Cross’s works. Seeing these two powerhouses together was great.

Daniel Sturgis is my favourite kind of painter- his work engages with what it is to paint, what it is to be a painter now, and with the act of painting, applying paint to surface and the time involved in the painting.
His paintings present seemingly simple graphic motifs which are actually drawn and painted by hand using inperceptible strokes. They look like masked blocks, but up close they present flat even surfaces with the human touch still in evidence.
Sturgis is interested in the messages you get from the work- you see order with wonkiness, flawed geometries with acceptance of loos anomalies in them.

The objectness and illusion of the painting. Susan Sontag ‘Notes on Camp’ discussed the duality of meaning in artworks, suggesting that accentuating the one can enlighten the other.

Mindful of where today’s painters sit, in the post-modernist world, inheritors of the history of painting, citing Pissan’s Life of the Artist, in which the philosopher declared Da Vinci as the God among artists, Sturgis asks, “how can we follow that?”
The only answer can be to play, to rebel, to mess about with the practice- if Da Vinci Devine pinnacle, and the avant guarde and the modernists elaborated and then dismantled the medium, then Sturgis feels free to question the medium, the surface and motivation.

Sturgis has curated and contributed to relevant exhibitions and residencies, and he talked at length about two: Perdify at Santa Maria de la Tourette, and Barracks at Berwick-upon-Tweed. These shows were in complete harmony with Sturgis’ response to the locations- that of obsolete modernism in the first, and embellished avant guard in the last.

Peter Nancini came to talk to us about his illustration/ design/ making work.
I was really drawn to some of the objects he has made, but it was his approach to typography, especially recent projects, which really made an impact on me: the aesthetic of the page and the nods to literal interpretations of some words and meanings made me smile. I see some of the tactics he uses to draft his fonts and layout as very makerly.
I particular he discussed his contribution to the Page 1 book project in which the first page of the original printing of Charles Dickens’ Great Expectations is interpreted by a different artist. Within this context Nancini utilises typographical terms for layout, such as widowed and orphaned words, to good effect in reinforcing the bleak circumstances of the characters. In using the font he designed himself, Nancini has the freedom to highlight words he interprets using his broader linguistic knowledge, in this case when the character is described as ‘gauche’ in his actions (literally translated as ‘left’) in French, then an alternative, left handed presentation of the letter ‘a’ is substituted.
Nancini was very open about the production of his 3D objects, explaining that the materials he selected for their position within the parameters of tone or quality he had set himself were of relevance, the laser-cut production methods he used did not grant him status as a hands-on maker. However, he also acknowledged that the hands-on work he does do is digital, and as someone who is always drawn to the object and 3D work, I recognised this as a very current predicament: whilst there is no denying the ‘once removed’ work which takes place on a computer, there is a skill set and dexterity nesseccary for successful making whic I am sure is an area of investigation worthy of a dissertation in its own right..l

Last year I attended the inagural lecture of Matthew Cornford and thought it was just brilliant. If I understand correctly, it’s a new professors’ way of introducing themselves to the University as a whole, so last year we were treated to a sort of portfolio and life path presentation of work and experiences which led to the appointment. So I’ve signed up for this one too.

Purchasing the post-modern self? Place, space and the art of consumption, Thursday 13 January at 6.30pm

The subject of consumption became a focus for considerable attention by social scientists in the 1990s when many commentators recognised that, potentially at least, consumption was as significant an arena for the construction of identity as that of production. Despite its ten minutes of fame, critical engagement with consumption has never been fully crystalised. The status quo is such that the arena of consumption has largely deemed to be a trivial entity; apparently a preoccupation of postmodernists and right-wing apologists. In this presentation it is suggested that, whether we like it or not and regardless of the environmental consequences, the experience of consumption continues to lay at the very heart of contemporary social and cultural life and, as such, deserves more serious attention in both the social sciences and the arts. At present, the actions of consumers are all too easily condemned both on a social and an intellectual level; the latter perhaps saying more about academics’ own consumption habits and, in particular, their penchant for the joys of Radio 4 than it does about the world they interrogate. Often the subtleties of the complex and contradictory characteristics of a consumer society are misinterpreted so that the pleasure implied by consumer lifestyles remain unexplored in favour of a wholly predictable analysis which masquerades as a ‘critical’ analysis of the neo-liberal state. The concern here is with the extent to which the consumer is ‘controlled’ by the world which he or she inhabits. Focusing in particular on the role of consumption in the construction of the urban everyday, notably through the relationship between the city and art and more specifically, the museum and the art gallery, the suggestion here is that the consumer is actively complicit in the consumer society in which he or she is implicated. The consumer should not then be condemned or indeed pitied for he or she gladly dances to the tune that the consumer society has chosen.

Light refreshments will be served after the lecture.