Essentially a presentation surmising the work of Cape Farewell, this evening turned out to be rather exciting.
Chris Wainwright and David Buckland are wholly dedicated to keeping the project current and moving it forward. In the discussion which followed we were able to get more insight into the ongoing thinking behind Cape Farewell, and the way it is and will be sustained by new contributions from science and the arts.
In treading the fine line between awareness and activism, Cape Farewell maintains a reach which gets work seen and heard all over the world. The focus is especially on the universities of the world, where the next generation of thinkers and makers can be introduced to the climate change issues which are affecting us all now.
The fossil fuel industry is the area they are most keen to address. The internal combustion engine has a lot to answer for. Money talks, and we all get by in life, trying to do the best for our family and pay the bills, but it seems it is time to start talking the language of business, to businesses.
The cost of dealing with the effects of climate change are increasing, and will continue to do so. Investment in cleaner (solar) energy now will clearly pay dividends in the years to come. It’s just the small matter of overcoming the short term four year plan governments work to.
The elusive silver bullet to ease our current predicament, if David Buckland had to put money on it would be a carbon tax. Tax the carbon heavy things we consume, from energy to disposable nappies. £200 per tonne? I don’t know what the current rate is, if there even is one, but having the balls to put some informed numbers out there seems like a great start.

The evening then moved next door for a book launch. This is the bit where I got really excited: the book is called Expeditions and is published by CCW with an isbn number. It gathers together work produced from the last couple of years’ Cape Farewell expeditions and short courses. Writings are interspersed with images of the work produced, and one of the shows covered is ‘Without boats dreams dry up’ that we produced in feb 2012 at the Triangle gallery, and included some beautiful shots, including one of my own work. Fantastic. Had brilliant response on twitter and FB to the news. Am really chuffed to be acknowledged as contributor to something I feel is making a difference. 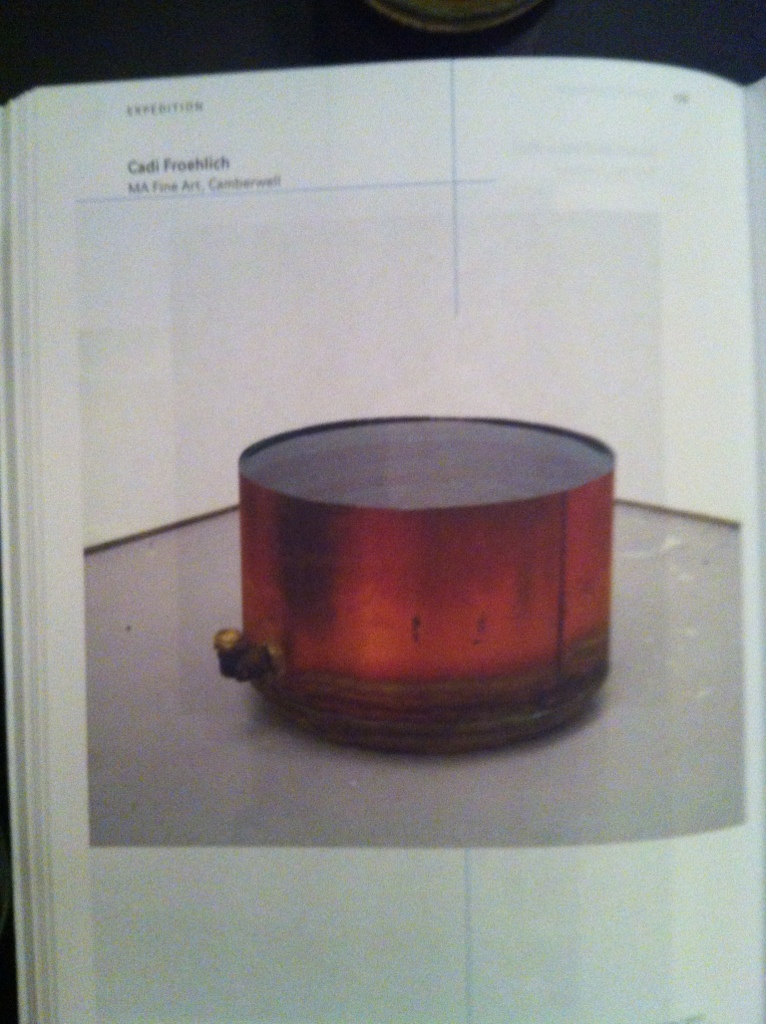